Learn more about the tour!

BEAUTIFUL OBLIVION: on sale 7/1/14
The Beautiful Disaster and Walking Disaster phenomenon continues in the first heart-pounding new adult romance in The Maddox Brothers series.Fiercely independent Camille “Cami” Camlin gladly moved on from her childhood before it was over. She has held down a job since before she could drive, and moved into her own apartment after her freshman year of college. Now tending bar at The Red Door, Cami doesn’t have time for much else besides work and classes, until a trip to see her boyfriend is cancelled, leaving her with a first weekend off in almost a year.Trenton Maddox was the king of Eastern State University, dating co-eds before he even graduated high school. His friends wanted to be him, and women wanted to tame him, but after a tragic accident turned his world upside down, Trenton leaves campus to come to grips with the crushing guilt.Eighteen months later, Trenton is living at home with his widower father, and works full-time at a local tattoo parlor to help with the bills. Just when he thinks his life is returning to normal, he notices Cami sitting alone at a table at The Red.As the baby sister of four rowdy brothers, Cami believes she’ll have no problem keeping her new friendship with Trenton Maddox strictly platonic. But when a Maddox boy falls in love, he loves forever—even if she is the only reason their already broken family could fall apart.In the first installment of the Maddox Brothers books, readers can experience the rush they felt reading Beautiful Disaster for the first time, all over again.

#1 New York Times bestselling author Colleen Hoover returns with a new heart-wrenching love story.When Tate Collins meets airline pilot Miles Archer, she doesn't think it's love at first sight. They wouldn’t even go so far as to consider themselves friends. The only thing Tate and Miles have in common is an undeniable mutual attraction. Once their desires are out in the open, they realize they have the perfect set-up. He doesn’t want love, she doesn’t have time for love, so that just leaves the sex. Their arrangement could be surprisingly seamless, as long as Tate can stick to the only two rules Miles has for her.Never ask about the past. Don’t expect a future.They think they can handle it, but realize almost immediately they can’t handle it at all.Hearts get infiltrated. Promises get broken. Rules get shattered.Love gets ugly.

The unforgettable story of Grant and Harlow from Take a Chance continues in this brand-new novel in the Rosemary Beach series from #1 New York Times bestselling author Abbi Glines.She was it. His one. His only. Then he made the mistake of letting her go.After fighting his way into Harlow Manning’s heart—and revealing a side of himself no one had ever seen before—Grant Carter destroyed his own heart by giving in to his greatest fears and doubts. Months later, he’s stuck in a miserable routine. Work relentlessly. Beg his best friend Rush for news about Harlow. Avoid all other friends. Leave nightly voicemails for Harlow, pleading with her to come back to Rosemary Beach. Fall asleep alone. Repeat.Miles away, on her brother’s Texas ranch, Harlow can’t bring herself to listen to Grant’s voicemails. Though she wants to be with him, and knows he regrets letting her go, she doesn’t know if she can trust him. When he discovered the truth behind her sheltered upbringing, it shattered their relationship, but the secret she carries now has far greater consequences. Can she risk giving Grant one more chance, or will the gamble ultimately destroy her?

FIVE WAYS TO FALL: on sale 6/24/14
Sometimes you can’t change—and sometimes you just don’t want to.

Discover Ben’s side of the story in this fourth novel by the beloved, top-selling indie author praised for her “likeable characters, steamy liaisons, and surprising plot twists”

Purple-haired, sharp-tongued Reese MacKay knows all about making the wrong choice; she’s made plenty of them in her twenty-odd-years. So when her impulsive, short-lived marriage ends in heartbreak, she decides it’s time for a change. She moves to Miami with the intention of hitting reset on her irresponsible life, and she does quite well…aside from an epically humiliating one-night stand in Cancun with a hot blond bouncer named Ben. Thank God she can get on a plane and leave that mistake behind her.

Football scholarship and frat parties with hot chicks? Part of charmer Ben Morris’s plan. Blown knee that kills any hope of a professional football career? So not part of the plan. Luckily Ben has brains to go with his knockout looks and magnetism. After three long years of balancing law school with his job as a bouncer at Penny’s Palace, he’s ready to lead a more mature life—until his first day of work, when he finds himself in the office of that crazy, hot chick he met in Cancun. The one he hasn’t stopped thinking about.

If Ben truly were a smart guy, he’d stay clear of Reese. She’s the boss’s stepdaughter and it’s been made very clear that office romances are grounds for dismissal. Plus, rumor has it she’s trouble. The only problem is, he likes trouble, especially when it’s so good-looking… 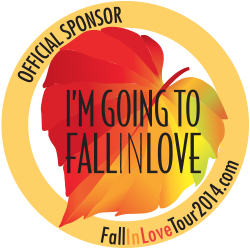 Do you heart Atria Indies?

#AtriaIndies to see your photo here!